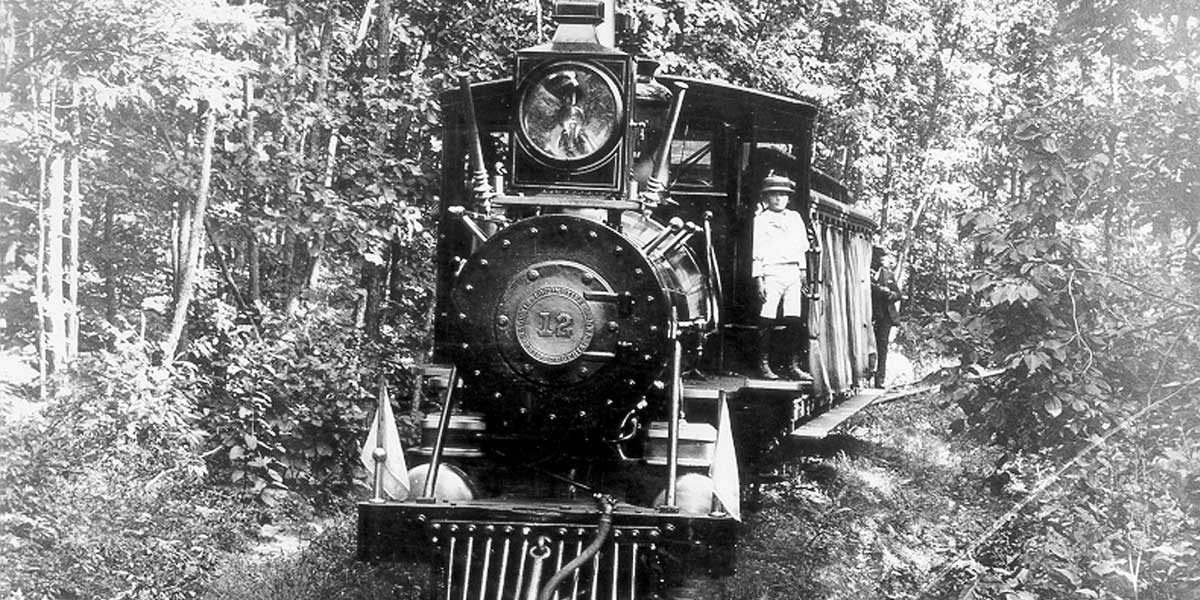 Robert Coleman’s first wife, Lilly, died while they were in Paris in May, 1880. He ordered work on his first mansion be stopped on May 30th and that it be demolished without a trace. He then took charge of the affairs of his estate. In 1883 he built the Cornwall and Lebanon Railroad (C&LRR) from Lebanon through Cornwall to Conewago on the Pennsylvania Railroad (PRR). In the Conewago Hills he created a park in 1884, which was to become Mt. Gretna. That year he married Edith Johnson of Savannah, who had been adopted by his parents. Their first of five children, Robert, was born in 1885. He started a second mansion, which was attached to his parents’ home in Cornwall. It was virtually completed in 1893.

In 1889 a New York statistician estimated the fortunes of wealthy Americans. Robert Coleman’s estate value was set at $30 million – greater than that of J. P. Morgan, Marshall Field, or F.W. Vanderbilt, but there were hints of future trouble as a result of his generosity and unwise investments. He poured money into the Jacksonville, Tampa & Key West Railroad and purchased the Indian River Steamboat Company. In 1891 to 1893 the Federal Gold Reserve faltered, and railroad stocks plummeted. By fall of 1893 Robert Coleman decided not to fight back, as he was suffering from tuberculosis. He was 37 years old. In late December of 1893, he and his family left Cornwall to spend Christmas with his sister Anne Rogers at Hyde Park, NY. From there they proceeded to Saranac Lake, NY, where there was a tuberculosis sanatorium. There they remained the rest of their lives.

In September 1893, Robert Coleman decided to take one more trip on his beloved Narrow Gauge Railroad at Mt. Gretna. The Park was closed. He ordered No. 12 fired up, and with his 8-year-old son Robert, the engineer and fireman, and a photographer, took her to Governor Dick. No one else accompanied them. They entered the turn around the loop and stopped just short of the boarding platform. The photo was of the engine head-on, probably taken from the platform. Young Robert is standing on the engine, and his father can be seen at the rear of the passenger car. A second photo showed Robert, his father and the fireman on the platform. The engineer can be seen in the engine cab. The photographer chose a position which showed the tower in the background.

Robert Coleman took these photos – and many others – into retirement with him. How they returned to Mt. Gretna is another story, and an incredible one indeed!